In July 2009 I began a business trip to Brussels, Belgium with a few days in Paris. Roberto joined me from Brazil and we met in Charles de Gaulle airport. This was the first time to France for both of us.

I booked the Hotel Astrid online after finding a Travelzoo deal which included a Seine cruise. It was around 90 Euros per night, with the typical European free breakfast. The hotel was a block away from the Arc de Triomphe and very convenient to the metro and Champs Elysees. We concluded that proximity to the metro is key in Paris because you’re never going to find a hotel close to everything. It’s just too big.

Our first day, after a pair of overnight flights, we checked out the Arc and ate in a cafe before taking a little nap. Roberto may have felt a little funny about his flight – Air France from Rio to Paris – but he’s a trooper. We just didn’t mention those details to his less rational mom. The hotel was pretty nice. It had a fun wood carved staircase and we could peek out our window (equipped with the typical Parisian flower box) at the Arc. 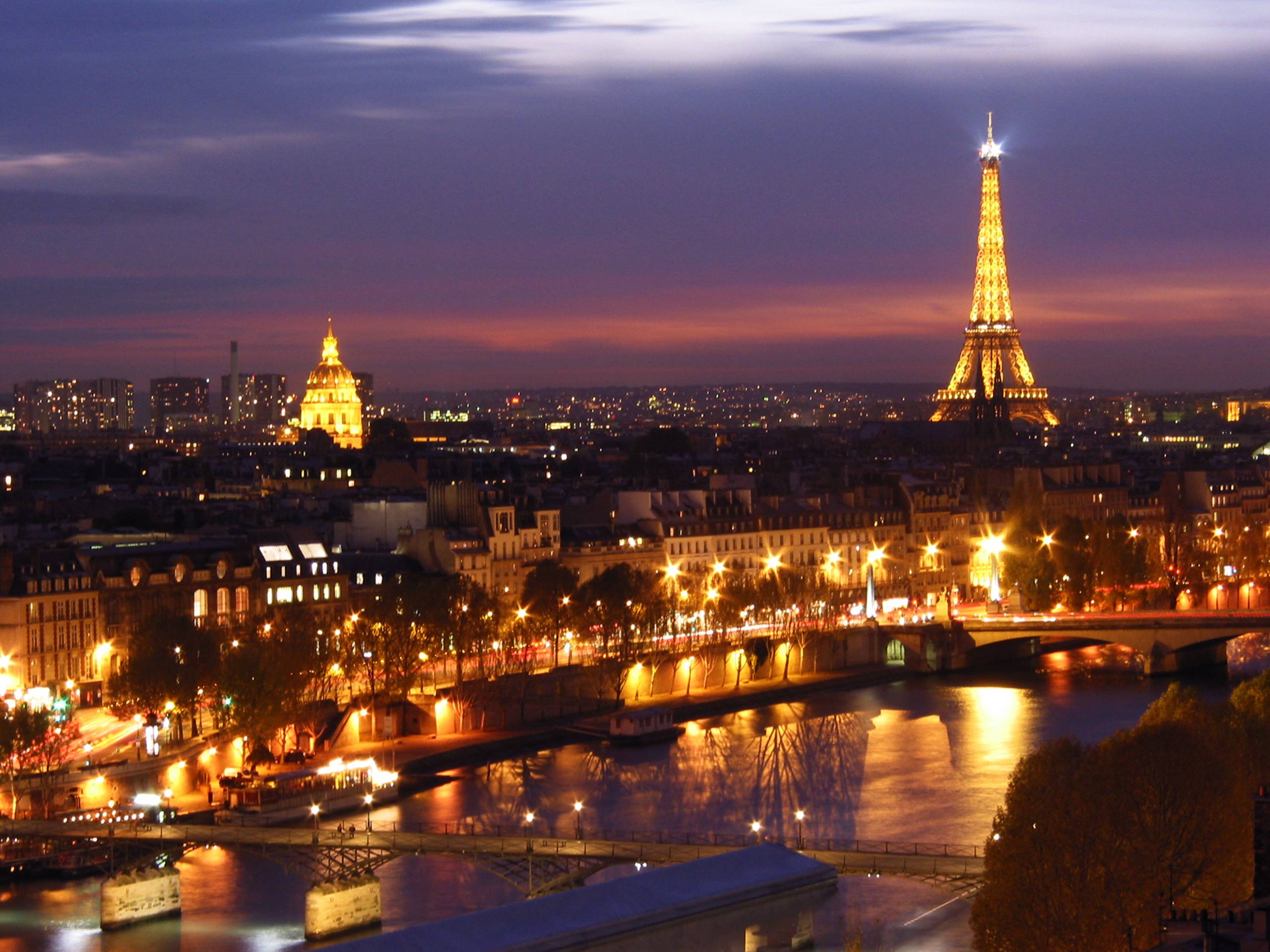 That afternoon we walked down to the Eiffel Tower and then up (or was it down) the Seine to Notre Dame. I remember almost getting taken by a street scammer with an interesting tactic. This guy called after me and came running up saying “Here, you dropped this.” Before I could even stop and think he dropped a gold ring into my hand, and when I tried to give it back and say no he would say “no keep it, keep it!” I must have looked like I was ready to hang onto it cause then he started to ask me for money. I basically threw the ring back at him and we walked off. I noticed several of these guys with the gold rings around Paris after that.

We also rode the metro up to the Northern part of Paris to check out Sacre Coeur basilica. We got a little lost in not the nicest neighborhood up there but found it after stopping for lunch in a not so great pizza place. The basilica was beautiful and we were entertained by some crazy Capoeira dancers. We did see quite a few Brazilians in Paris.

We had a lovely night wandering around the banks of the Seine, taking photos and people watching. The Parisian young people seem to enjoy having picnics in the evenings with snacks and booze on the river banks. It looked like a lot of fun. We had a late dinner with a view of Notre Dame and decided we wanted to buy some wine and have our own little picnic.

Still adjusting to the time, we woke up late the next day for some more sightseeing. Our plan was to find a nice cafe for a late breakfast and cappuccino, relax in a park for awhile, and visit the Louvre. Later that night we would go on our Seine cruise and have dinner.

Now I was not that keen on going to the Louvre. I am just not a museum person. I didn’t even find the Egyptian Museum in Cairo all that interesting. But, Roberto said he couldn’t go to Paris without at least seeing the Mona Lisa, so off we went.

And I was thoroughly impressed! The Louvre is just incredible! First of all, the place is just huge, and BEAUTIFULLY decorated. And the exhibits were just fascinating. The paintings, the sculpture, the artifacts, were awesome. We could definitely have spend all day in there. And the place is so huge we wouldn’t have seen nearly everything if we had. I am definitely glad we went!

We went down to the riverbank “at the foot of the tower” for our Seine cruise later that evening. This was nice and it was fun to get out on the water, but it wasn’t the greatest thing ever. The seats were pretty uncomfortable and it was chilly and rainy and really crowded. But there is just something indescribable about the Eiffel Tower coming into view as you round the bend in the river, La Vie en Rose playing in the background, and the lights sparkling on the Seine.

We had a great and reasonably priced dinner in the Latin Quarter in a cafe with nice live music. I had some delicious Boeuf Bourgignon and a kir, white wine with a shot of berry syrup.

We woke up late again the next day and did a little more sightseeing, finishing up our Paris trip with a visit to the Pere Lachaise Cemetary. It was really neat to walk around there but we were short on time and weren’t able to find Jim Morrison’s grave! Bummer! But, we’ll see it next time. 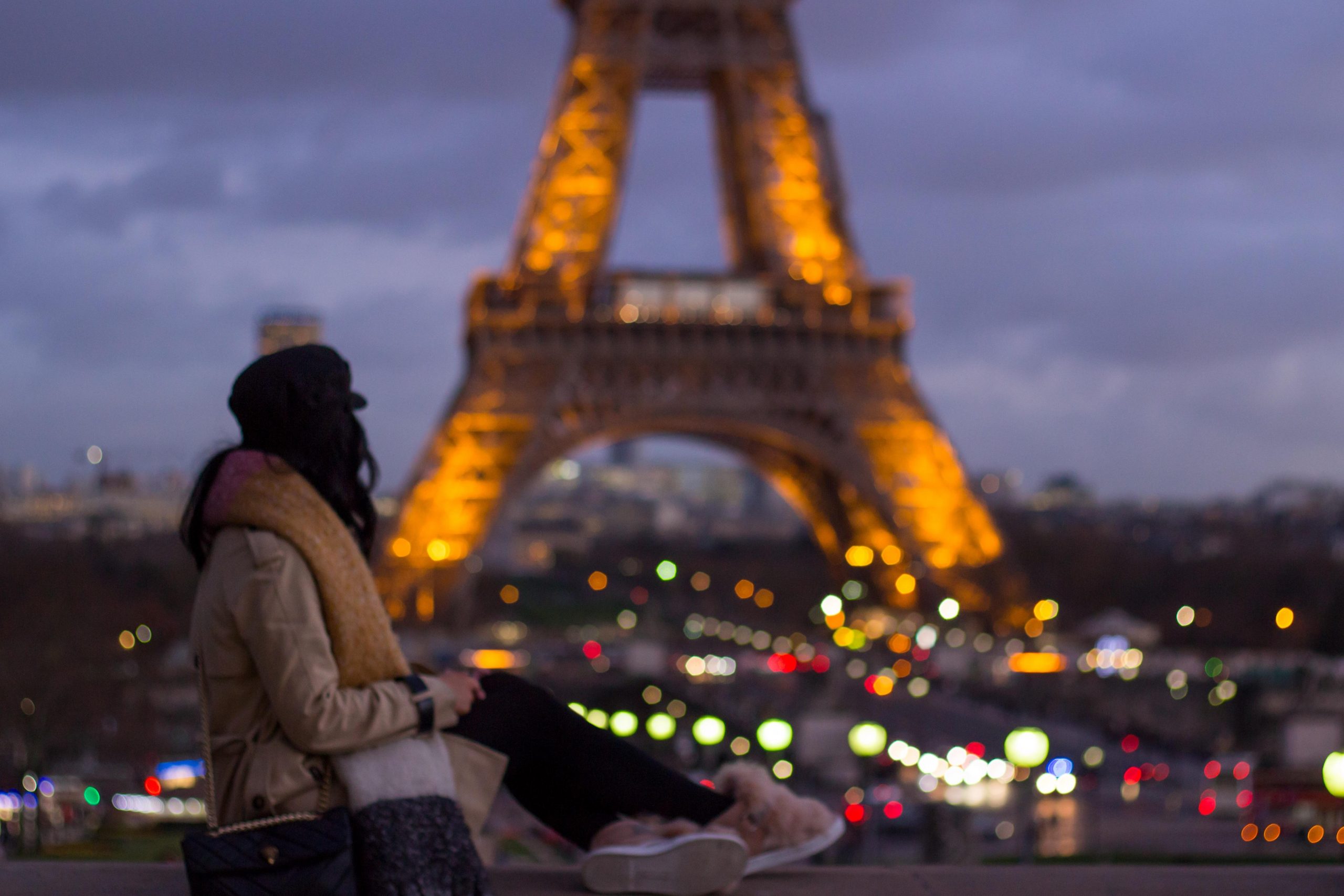 After that we checked out of the hotel and metro’d on over to the Gard du Nord train station to catch our high speed train to Brussels. I thought the train station was really neat, with trains coming and going from all sorts of fun European towns, and backpackers camped out on the floors. We got a good deal on first class seats on the Thalys train and it was really nice, with free internet and food and drinks. Although I couldn’t partake in the internet too much – the train was bumpy enough that I couldn’t look at the laptop screen for more than 30 seconds without getting all dizzy.

We both had a great time in Paris and really enjoyed seeing the sites, getting lost wandering the streets, and sitting in the cafes. We did find the people to be less friendly than we’d hoped, but we didn’t have a chance to meet very many Parisians in our 3 days there. I would like to go back to Paris and see some of the sites we missed, but I don’t think I would plan a trip to spend a full week there. 3 days was a little short, but we didn’t love the city enough to want to stay there for an extended time.